How to reach the Tournament Directors:

How to reach the Tournament Directors

Life Master Bill Williams gave a lecture focusing on recent games he has played on Thursday, July 11 at the Southwest Chess Club.  The lecture started at 6:15 and continued until about 7:15 pm.  This was then followed by a simultaneous exhibition where Bill will took on 18 players simultaneously.  Bill is one of the top rated players in Wisconsin !!   The lecture and simul were free and served as the kick-off for the Joe Crothers Memorial Southwest Chess Club Championship, which starts the following Thursday, July 18.  Details below:

6-Round Swiss in One Section. Game/100; d5. USCF Rated. EF:
$7.00 (must be a member to participate). SWCC Membership
$10 (can join prior to first round). (Two ½ point byes available
in rounds 1 through 5 if requested at least 2-days in advance; no
byes available for round 6.) Three David Dathe Best Game prizes will be awarded.   TD is Becker; ATDs are Fogec and
Grochowski. 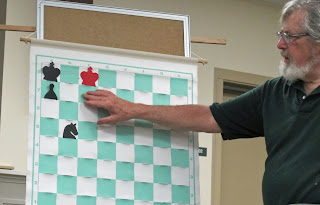 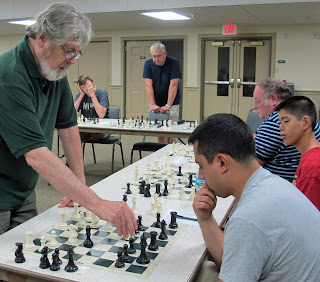 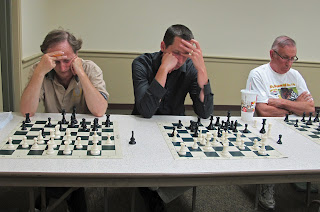 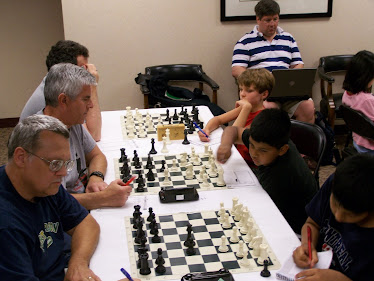